HOW OUR ALGORITHMS ARE MULTIPLYING OUR INEQUALITIES

Recent years have seen the topic of bias surge in news, procedure and legislation. It is now common knowledge that we each have a level of unconscious bias, which we must take into account in decision making processes. Movements of last decade have centralised the need to undo the injustices that prevail in our society and awareness of the needs of minority groups has significantly grown.

However, coinciding with this surge of knowledge and pursuit of equality has been our ever-increasing development of technology. Artificial Intelligence is appearing across all industries, spheres and processes. Despite achieving unprecedented levels of efficiency, productivity and speed, it is also bringing with it the biases of the society it serves. At the same rate that our awareness of injustice increases, the technology we are creating threatens to perpetuate it.

3 CRITICAL KEYS TO COMBATTING THE ‘INFODEMIC’

In the mid-1960s, Dr Martin Luther King Jr suggested that the primary goal of education ought to be two things: teaching students to think deeply, and to think with discernment. These two essential ingredients, he argued, were the key to building both intelligence and character.[1] Beyond this, Dr King knew that these skills were the antidote to the biases and bigotry fuelling the racism of America at the time.

Fast forward 60 years, to the first month of 2021, and the danger of ignorance is again painfully clear. The last year has brought us the chaos of misinformation more than any other year before. The media information surrounding COVID alone brought dozens of conflicting messages, all of them amplified within a context of panic in which even officials struggled to effectively deal with this unprecedented issue.

WHY YOUR FUTURE WILL INTEREST YOU MORE THAN EVER

In the 20th Century world, personalisation was a luxury only some could afford. After Industrial processes took over and assembly lines made cheap mass production possible, the personalisation of a product was not in high demand, and when it was required, the price reflected its uniqueness.

HOW AI-POWERED EXAMS ARE OBSTRUCTING OUR FUTURE 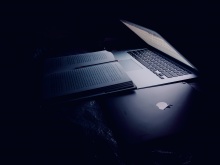 The landscape of higher education has been changing for decades. Just like the traditional lecture format and the university methods of assessment, the concept of the modern exam is outdated. This year has seen exams evolve in a way that may seem futuristic but only serves to deepens the trends of the past.

HOW TO MAINTAIN MOMENTUM BY PRUNING YOUR PRACTICES

One of the most valuable lessons this year has taught us is that the life we were living pre-COVID isn’t necessarily the one we are seeking post-COVID. Though we have been longing for life to get ‘back to normal’ since the pandemic hit, there are many parts of the old normal that we would do well to leave behind.

In order to maintain momentum as we reach the end of 2020 and to build it as we move into the beginning of 2021, this question of what to prune out of our lives and organisations is a valuable one to consider.

This concept is one that is perhaps best understood by gardeners. In order for a garden to thrive, planting, watering and even weeding are not enough; at times more drastic steps need to be taken. Branches, foliage and even entire trees need to be cut away for the good of the garden as a whole.

Perhaps the best example of the power of pruning in restoring momentum to an ailing business would be that of Lego. The iconic Danish toymaker has certainly had its fair share of troubles as new technologies threated to take its place in the hearts and minds of children in the 1990s and early 2000s.[1] By the end of 2003, for instance, Lego’s sales had plunged by 30 per cent in one year, the company had racked up debt of $800 million[2] and was teetering on the edge of bankruptcy.[3]

Just over a decade later, Lego’s recovery had been nothing short of breathtaking. In September 2014, for instance, they overtook Mattel as the world’s biggest toymaker — an enormous accomplishment by any measure.[4] Less than a year later, Lego was named the world’s most powerful brand and was voted the most popular toy of all time.[5]

What led to such a dramatic turnaround? Certainly innovation played a key role. The company’s ventures into video games, digital toy platforms, robotics and even board games have paid enormous dividends.[6] And yet it was Lego’s pruning efforts that perhaps best explain the company’s incredible revival.

After finding that only 6 per cent of their innovations were actually making money, [7] a new Lego CEO by the name of Jorgen Knudstorp was appointed in 2004. Knudstorp quickly identified that the Lego group had over-innovated, spread itself far too thin and had launched so many new initiatives that the company had lost a ‘crisp sense of identity’.[8] In short, the company was in desperate need of a prune and Knudstorp was just the man to do it.

A key focus on turnaround strategy was to return to ‘core products’. Lego sold off assets such as the LEGOLAND theme parks and eliminated almost 30 per cent of the company’s product lines.[9] Production processes, inventory and even the range of colours of Lego were simplified. Knudstorp’s strategy was to reduce the number of components in Lego’s product portfolio by a full 50 per cent.[10]

The results were almost immediate. By the end of 2005, Lego rebounded from a $292 million loss the previous year to a pre-tax profit of $117 million.[11] That same year, the company would post sales of $1.2 billion but, more importantly, profitability would more than triple.[12]

The process of pruning practices and lifestyles is essential in activating abundance within lives and organisations. However, when we are in the midst of this process, we would do well to ground ourselves in:

1. Purpose. Whether your current focus is making it to the end of this year or setting up goals for the next, above all, the thing that will make your work achievable, attractive and worthwhile is purpose. In deciding what to leave behind, what to say no to and what to embrace moving into the new year, it is essential that you have a clear vision and purpose to guide your actions and decisions.

Productivity without purpose is futile. For LEGO, relentless innovation for the sake of growth distracted them from their identity, which was ultimately the quality about them that their customers clearly loved. It was in returning to their original purpose, vision and identity that they were able to serve the customers the best way possible and achieve the kind of productivity that was worthwhile for the strategic and everyday aims of the company.

As we find ourselves in the home stretch of a very difficult year, it is clear that a final boost of encouragement is necessary. I would suggest that this boost would best come from remembering the purpose for our current projects and goals. Remembering your ‘why’ may hold the energy needed for conquering the final month of the 2020.

2. Balance. Effective pruning depends on balance. To grow sustainably, both individuals and organisations must determine which elements of their work deserve their attention and at the expense of which others. An imbalance of priorities makes growth near impossible.

The reality is that life is never in perfect balance. Success and fruitfulness in one area often comes at the expense of another. We focus on working hard to provide for our families only to find that we lack the time to enjoy those we love. We cut back work hours to spend time with them and realise that our career is stalling. The same goes for balance within our businesses.

The constant adjustment of priorities and requirements is a practice we must get used to, and pursuing balance ensures a lifestyle of longevity, satisfaction and meaning.

3. Resilience. You may be reading this thinking that thoughts of next year are peripheral to simply making it to the end of this one. As Lego demonstrated, trimming an organisation or lifestyle down to the parts that are manageable and achievable is the best way to secure a future of growth and abundance.

However, there then comes the simple work of managing and achieving what you have committed to. As the final months of this year are proving, maintain momentum ultimately comes down to gritting your teeth and keeping consistent when on the final stretch. That is not to say we should persist with what is clearly ineffective or work into fatigue, but once we have found the parts of our lifestyle and organisation that work, it is simply a matter of seeing them to the finish line.

As we go through the process of pruning our practices moving into the end of one year and the start of another, we can be guided by these three elements. Returning to purpose, balance and resilience as key elements of effective pruning will assist a process that results in a lifestyle that is sustainable, grounded and, most importantly, fruitful.

3 CAPABILITIES OF THE POST-COVID CLASSROOM

The classrooms of history have been deep in a process of change for decades, but this year has accelerated that transformation more than ever. With the classrooms of the future rapidly becoming those of today, the old idiom has again been proved true: necessity really is the mother of invention.

HOW THE PAST PAVES NEW PATHS TO THE FUTURE

Britain’s first female Member of Parliament, Lady Astor, once observed: “The main dangers in this life are the people who want to change nothing – or everything.”

WOULD YOUR VALUES PASS THE TEST?

In a season of intense global uncertainty, unpredictable business conditions and politics of more tension and division than ever before, a stable, predictable and trustworthy presence is of priceless value.

5 PRACTICES THAT COULD PARALYSE YOUR PIVOT

As events have unfolded this year, the word ‘pivot’ has emerged as a description of the moves necessary in business, society and individual lives to adapt to uncertain times. It is an appropriate word choice to describe these movements, especially as it depicts a motion that adapts its direction, while remaining rooted in one spot. It is clear that in times of crisis, the fundamental need for businesses is the ability to pivot.

While it may certainly seem like a crisis and a pivot of this scale are unique to this year, businesses have been adapting and moving with uncertain times since their beginning.

HOW SUSTAINABLE IS A FOCUS ON SUSTAINABILITY? 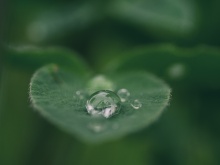 The need for environmentally sustainable moves in business has been common knowledge for years. However, while many businesses have implemented changes and strategies to address this, many others have been held back by the need to maintain profits and ROI.