Augmented reality (AR) and virtual reality (VR) have been popular gimmicks in recent years, used by futuristic companies to exhibit the potentials of technology. However, events of recent weeks and months are seeing what was once considered technological potential become a fast-approaching reality from the retail sector to health to the real world itself.

To clarify the distinction between these two technology applications, AR overlays digital information on real-world objects by using the camera on a mobile device, while VR obscures the real world and the user is immersed in a fully digital experience.

Make Way for the Metaverse (The Morning Show - Ch 7)

FROM 'VTUBERS' TO ‘ABBATARS’: HOW SYNTHETIC REALITY IS CHANGING EVERY INDUSTRY'S GAME 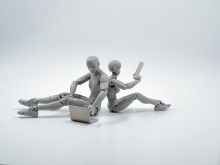 We’ve all heard of virtual reality, and by now we’ve also all heard of augmented reality, but the most recent version of these alternate worlds comes with an entirely new term: synthetic reality.  Bringing with it countless new opportunities for business, this technology is being used in the most unexpected of places – not least of which the recently announced comeback concert of renowned pop group: ABBA.

The importance of technology in education is becoming increasingly undeniable in schools around the globe. As the future steadily approaches us, today’s students and teachers simply cannot exclude digital literacy and technological competence from the skillset being learned. COVID has accelerated the integration of technology into schooling, as remote learning has required innovative solutions to everyday lessons.

Australia’s reform to its national assessment program, NAPLAN, to include digital literacy in its testing is a clear indication of the necessary advancements of education in keeping up with the times.[1] COVID has meant that learning these crucial digital skills has become a top priority and students and teachers alike will benefit from this long-term. Online learning, innovative technology and digital abilities as seemingly niche as coding, are now essential for students’ preparation for the future.

HUMAN OR TECH: WHERE IS THE LINE DRAWN? 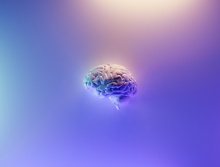 In previous generations, the role of technology in everyday life was clear, with each innovation finding a clear role in serving the interests of the individual. Not only was the role of technology clear, but its distinction from humans was clear. People used a computer when information was needed or used a phone when a call needed to made, but its role as a servant to the human was evident.

The notion of robots or technology overtaking us was the stuff of science fiction and had no real substantial basis in the real world. However, as our lives have increasingly centred themselves on our technology, these distinctions between human and robot, servant and master are becoming less and less clear.

WHERE WILL YOU SHOP IN THE RETAIL WORLD OF TOMORROW?

What if instead of going to the shops, the shops came to you? For years, the idea of ‘going shopping’ has been understood as a kind of event; shops have been considered a destination for outings, socialising and buying, and a source of retail therapy. However, changes on the social and technological scene in the last decade are now seeing the retail experience evolve into something that renders the idea of ‘going shopping’ almost outdated.

HOW WILL YOUR NEW WORKPLACE WORK FOR YOU?

With vaccines emerging and a new year ushering in a renewed demand for some kind of back-to-normal routine, society’s return to work is front of mind for many professionals. However, having adjusted effectively to remote work, we find ourselves at a pivotal moment. Many businesses, leaders and workers are questioning whether returning to work is a viable decision and are rethinking how our new work life could look.

The moment we are in gives us the unique opportunity to abandon the costs and inefficient practices that have been forces of habit for decades and decide which parts of our work life are worth keeping.

HOW THE REAL WORLD IS BECOMING MORE VIRTUAL THAN EVER

One of the strangest notions I come across routinely in my work with educators is that of the ‘real world’, usually spoken of in opposition to the world of education. When leaders, parents or teachers themselves separate the education of tomorrow’s workers, leaders and problem-solvers, from their future real world, they put that future at a serious risk.

In order to make learning experiences meaningful and impactful, it is this divide between the learning environment and the so-called ‘real world’ that needs to be demolished. Teachers who hope to make learning relevant and engaging must go to great lengths to bring the outside world into their classrooms. While in the past there were practical barriers to this, technology enables a real connection with the outside world in some wonderfully exciting ways.

THE FUTURE IS ARRIVING AHEAD OF SCHEDULE, THANKS TO COVID: PART 2

Along with lockdowns, shopping frenzies and social distancing, COVID has brought the technologies that we once reserved for years down the track right to our doorstep. While Augmented Reality (AR) and Artificial Intelligence (AI) have slowly but surely been infiltrating our daily lives in recent years, COVID has accelerated this to an unprecedented extent.