In this post, Michael McQueen explores the 5 common sentences that indicate that an organization is in danger of decline. How many of them do you hear on a daily basis?

Language is a powerful thing. Many times when I am working with a new client organization and it's leadership, I learn an enormous amount very quickly by listening to the words being used in conversation.

After all, words expose paradigms. They give a sneak peak in the attitudes and expectations driving performance. They point to undercurrents of culture that are often so unconscious they often go undetected.

Having worked with a wide variety of organizations across many industries in recent years, there are 5 common phrases which always set off alarm bells when I hear them. These statements, while innocuous in themselves, indicate fundamental issues which must be addressed if an organisation is to remain viable, healthy and relevant:

While celebrating milestones and valuing heritage are important in any organization, a dangerous dynamic develops when individuals become more exited about the past than the future.

Perhaps it is a longing for the days of more favourable exchange rates. Maybe it is a pining for the heady pre-GFC days of rampant expansion and growth. It could be a desire to go back to the way things were under a past leader or regime.

Regardless of how it is expressed, such a rose-coloured glasses perspective can easily become both counterproductive and distracting.

This is never more so than when leaders become obsessed with the past. After all, when those who are navigating the organisation are more focused on the rear view mirror than what's out in front, a high-speed collision with irrelevance becomes almost inevitable.

In order to stay on track, leaders and organizations must remain more loyal to their future than their past. By all means celebrate what's been, but beware the trap of doing so at the expense of what is to come.

While this oft-quoted adage is intended to motivate a 'performance at all costs' mentality, it so often leads to a dangerous blend of shirked responsibility and risk aversion within an organization's culture.

Right now, businesses and brands worldwide are finding themselves at an inflection point. Defined as any point where the future cannot be discerned by looking to the past, organizations and their leaders will need to carve new paths if they are to flourish in the years to come.

In such an era, not only will failure and risk taking need to be an option, they will be a necessity.

In the words of past Motorola CEO Robert Galvin: "Only those committed to the risk and promise of uncharted waters will thrive in the years to come."

How true that is.

For organizations and leaders to stay ahead of the curve over the coming decades, they will need to embrace the uncomfortable and unpredictable reality that it is in fact better to be sorry than safe.

Recent years have been far from a walk in the park for most businesses. The global economic downturn has been challenging to say the least.

However, while cyclical downturns can be incredibly confronting and even downright terrifying, they can also be a gift.

Speaking to this point, leading global economist Harry S. Dent describes how economic 'winters' lead companies to pay down debt, adopt new technologies and strive for greater efficiencies - after all, even poorly run companies can experience enormous success when times are good.

Further still, seasons of adversity actually represent an opportunity for organizations to sow seeds for the future. Dent describes how, in the 1930s Depression for instance, smart companies laid the very foundations that would see them prevail and prosper for the remainder of the 20th century.

History is full of cases of people making the most of recessions. Andrew Carnegie and John D Rockefeller took advantage of the 1873 panic following the bust of the railroad bubble and went on to create some of the largest fortunes the U.S. has ever known. In more recent decades, Southwest Airlines grew enormously in the recession of the early 1980s and has since gone on to dominate the low-cost airline market.

The reality is that a crisis is a terrible thing to waste. Seeing a bad economy as the cover-all scapegoat for business challenges will rob an organizations and its leaders of a great opportunity to learn the valuable lessons such downturns can impart.

Necessity is, after all, the mother of invention. Allowing hardships and economic downturns to arouse a natural hunger and inventive drive has the potential to transform a good businesses into a great one.

'Innovation' is indeed the buzzword of the moment. Consider the fact that in the first 3 months of 2012, a whopping 255 books were published with the word in their title. Even more telling is the fact that 40% of publically listed companies now have a dedicated 'Chief Innovation Officer' – a title that scarcely existed 10 years ago.

In most business circles, the prevailing doctrine is that the answer to every business challenge is to 'innovate.'

Competitors getting an edge on your value proposition? Innovate.

While innovation is indeed a powerful and important strategy for any business or leader looking to go the distance, very rarely do we discuss or acknowledge the fact that there is a dark side to innovation.

HP co-founder David Packard pointed to this when he said: "Great companies are more likely to die of indigestion from too much opportunity rather than starvation from too little."

Indeed, while it is dangerous for any company or brand to cling to historical practices and be unwilling to move with the times, it is equally dangerous over-innovate. Whether this is by engaging in empire building where growth is pursued for it's own end, or whether it is changing for change's sake, leaders would do well to remember the words of Caesar Augustus – Hasten Slowly. 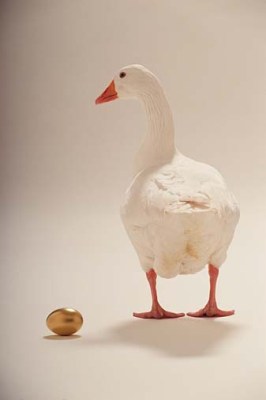 Steve Jobs once noted that if a business is not willing to cannibalize it's own cash cow, someone else will do it for them.

In our modern dog-eat-dog world of business competition, these words echo true. Any business that is unwilling to tamper with an even forgo it's existing products and services leaves itself wide open to the disruption.

To see a good example of this, consider pioneering science company DuPont. For over two centuries, DuPont has been at the cutting edge of bringing scientific discoveries to market. Although the company's origins were in the manufacture of gunpowder and dynamite, in the early 1900s DuPont began focusing on products and technologies that would lead to the betterment of society.

Over the coming decades, DuPont was responsible for the invention of numerous landmark products such as nylon, Teflon and Lycra. More recently, the company turned its attention to innovation and invention in the areas of food, fuel and people security, each with a strong emphasis on sustainability.

What is impressive about DuPont is not the array of new products it has pioneered, but the long list of old ones it has deliberately left behind. Because the strategic focus of DuPont is to continually bring new science to market, the company has realized the need to divest itself of the very cash cow brands and businesses that made it successful in the first place. It is this very approach which has allowed DuPont to stay ahead of the curve when many of its rivals have fallen by the wayside.

Naturally, cannibalizing your own business needs to be done carefully and strategically - much like pruning a garden. While avid gardeners recognize that a failure to prune past growth will stunt the potential of new life, they also know that it is important to know when to prune and how much to cut away. Prune at the wrong time or in an overzealous way and you could damage the garden for life.

It is much the same in a business context.

As you interact with colleagues in your own organizational context over the coming week, can I encourage you to keep an ear out for the above 5 phrases. They may only be words but as the ancient philosopher King Solomon so wisely observed, life and death is in the power of the tongue. This is as true for organizations as it is for individuals.

« Reviving retail – how smart retail brands are winning in the digital age MORE POSTS The lost art of downtime... why idle moments are more important than you think »